What Is a High School Senior Thesis?

You may simply define a this as a project that students take in their final year at high school. This thesis is usually related to the student’s studies in school and must reflect all the student has learned academically. Usually, a senior thesis requires independent research. Furthermore, it shows how the student can effectively put his or her idea into words. In some schools, writing a good high school senior thesis determines whether the student graduates with honours. To make sure you write a good senior thesis, you need some examples to help you. Here are some examples that could give you some ideas.

When looking for your thesis examples, remember that they must be relevant to your school studies. Another important thing to note is that you should write your thesis on something you’re passionate about. Most high schools give their students the freedom to pick a topic of their choosing. So, if your high school is one of those schools, then you’re in luck!

Now, it’s time to know how a good thesis on journalism should look like. Check out this high school senior thesis example to get fresh ideas for your writing:

The Current State of the Journalism Industry

The fact of the matter is that the journalism industry has been in steady decline following its heyday of the 1980s; during the 1980s Time Magazine was “paying its top freelancers in the range of $10 a word,” with the New York Times and Washington Post offering its writers, if not the same rates than similar perks in comparison (Daly, 2013). During the 1990s, big media continued to grow, spreading its metaphorical wings, “partly on the strength of their growing audiences, but mainly by taking a page from Wall Street’s book and engaging in the frenzy of mergers and acquisitions that was then sweeping through the rest of the economy” (Daly, 2013). Alas, these mergers continued to grow unchecked, and between the 2000s to now to the point where 6 corporations now have control of 90% of all of America’s media outlets (Lutz, 2012). In 1983, this same 90% of American media was held between 50 different companies; as a result of continued mergers, by 2011, GE, News-Corp, Disney, Viacom, Time Warner, and CBS controlled it all (Lutz, 2012).

In large part, this is the reason for the decline in journalism; companies and corporations, such as these big six, all have a vested interest in doing well, and in order for them to do so, the information that is reported cannot work to reflect badly upon them, or cannot reflect as negatively as an unbiased approach to journalism would present it. Each of these six different media giants must be responsible for working to ensure that not only the parent corporation, but all of its associated affiliates is presented with the best possible spin, keeping the industry’s profit orientation always as the center goal when considering the appropriate information to report (Franklin, p. 70). As a result of this media amalgamation, the public is becoming increasingly wary of the state of “U.S. journalism and the mass media industry,” “losing trust” in the information that is being conveyed to them (Fitzgerald, p. 18). Without this trust, the readership and viewership of American journalism goes into decline, with an ever decreasing amount of individuals paying attention to what is being said through national and local news sources, and instead finding alternative methods of obtaining their information, such as through blog readership and smaller news outlets who are not affiliated in any way, shape, or form with the larger names, names that previously would have held sway with the public opinion.

As a result of the current state of affairs within the journalism industry, the Bureau of Labor Statistics (2014) cites that they expect to see “a 13 percent decline from 2012 to 2022” in “employment for reporters, correspondents, and news analysts.” This prediction is in keeping with the fact that fewer and fewer journalists are seeking fellowships, a decline that some feel is the result of a “scaling back of newsrooms through buyouts and job cuts due to declines in revenue” (Jennings, p. C6). This seems to have created a vicious cycle within the industry; buyouts have led to the consolidation of most news sources into ownership by a select few corporations, which has resulted in loss of trust and decreased readership. This in turn causes more buyouts and loss of jobs within the field due to decreased readership, decreased advertising revenue, decreased circulation, and an inability to effectively change the previous models, adapting them to the new landscapes (Daly, 2013). As a result, fewer and fewer individuals are able to gain entry into the field, preventing the ability to revitalize the industry and causing an even greater downward spiral.

What then, does this mean for the future of news? Is this a cycle that will be impossible to break? Far from it; “as many journalists, authors, and researchers have noted, U.S. journalism has been in transition since its birth, from early broadsides of the revolutionary era through the disruptive entries of radio, television, and now the internet” (Daly, 2013). Bloomberg LP and Reuters have managed to weasel their way through the tangled web that has been created within American journalism and have both “remained profitable despite significant industry decline” (Moses, p. 24). The question simply becomes how the news companies themselves will decide to address the situation, and how journalists new to the field decide to enter into the field. Simply because print media was originally the only way to appear legitimate, it does not mean that this is the only way that an individual may retain credibility in today’s day and age. As the field of journalism shifts, the individuals within this filed must look to new ways of entry.

There are several different options available to the upcoming journalist. They may either attempt to gain entry into the field of journalism as it was perceived in years past, looking for a traditional position within a print, radio, or televised news source, or they may look at the rise of the internet, the blogosphere, and even Twitter as alternative methods for entry into the field for which they have been training.  Journalism is a fluid industry, spreading to whichever form of media is the most popular at the time; as such, while everyone is focusing on the decline of quality in print and video media, a rise in quality may be found online, in the most popular method of accessing information in today’s day and age.  Individuals are able to make names for themselves by reporting on hard hitting concepts and constructs that would not otherwise be covered within print media; it offers a way for sources to disseminate information without having to worry about potentially being arrested for giving an interview within the same country that would attempt to block the release of that information. It provides a medium for all individuals to have a voice, commenting and discussing materials as a community, expanding the global consciousness. While it is true that there are illegitimate news sources available online, there are far more legitimate ones present, and even the satirical newspapers are able to convey information to the public regarding the current state of affairs, bringing back a type of writing not often seen in connection with the news, not since Jonathan Swift wrote his “Modest Proposal.”

There are still those who will shun the internet and its associated trappings as legitimate news opportunities for the up-and-coming journalist, and there is nothing wrong with that. As radio has not gone away since its existence, there will always be a place for individuals with a journalistic bent on the airwaves and within traditional print media sources. For these individuals, yes, it will be harder to work to get into the news agencies that they wish, and it may be difficult to work to change the system from within, especially considering the corporate overtones of each of the mass media corporations; however just because it will not be easy, it does not mean that it will be impossible. As Diana Ross once said “you can’t just sit there and wait for people to give you that golden dream. You’ve got to get out there and make it happen for yourself” (BrainyQuote.com, 2014). Attempting to gain access to the print media, television media, and radio journalism jobs will mean creating a portfolio that is without parallel, understanding that it is necessary to take chances, not only on a story, but on oneself, and an unwavering confidence that it will be possible to attain the job.

Ted Koppel called today’s journalistic state “a disaster” (Sirota, 2010), but this was in reference to the quality of information being presented, the type of information being presented as news, and the manner in which the news was being presented, not to mention the current economic state of the journalism industry. Simply because something is a disaster, however, does not mean that it is beyond hope. A simple review of history shows the reason for the current state of affairs in American journalism today; step one in working to correct any issue is to determine how the current state of affairs occurred. We are already on the way to correcting the journalistic state of affairs in that regard. All that must be done is to work to determine where it went wrong and to determine the best course of action needed to fix the problems. This task is easier said than done, but it does not mean that future journalists of America should lose hope. Journalists of the past have always had an overall cause that they were working toward; why should the future generations of journalists be denied a great struggle of their own? There will be more than enough room for them within the confines of the industry, regardless of the medium that they select.

While you may major in science or the arts, you will need specific ideas to present for your school thesis. These senior thesis examples will help you get started in the right direction:

A Senior Thesis in Sports

For example, if you are a die-hard lover of football, track races, or even the UFC, it would only make sense for you to write your thesis on a sport. Of course, your school curriculum must cover sports before you decide to pick this for your thesis. Here’s how you get started with a senior thesis in sports:

A Senior Thesis in Literature for Art Students

Literature in arts comprises prose, poetry, and drama so you must pick one for your senior thesis. You may also decide to use all three if you’re doing a comparative study. However, to keep your work from being less cumbersome, you should centre your thesis on one of these genres. As with sports, you will also need to conduct historical research and consult previous academic work.

A Senior Thesis in Music

If you’re passionate about music, there’s no need to think twice before writing your thesis in music. Remember, you must be specific. What genre of music do you think would be right for your thesis? Classical music? Opera? Rhythm and Blues a.k.a R ‘n’ B? Hip Hop? Rap? Rock ‘n’ Roll? Country music? Reggae, perhaps? The genre of music is wide which presents you with many options. Remember to do your research and consult previously written academic sources.

A Senior Thesis on Food

Here are some other examples:

With these senior thesis examples, you now have more than enough ideas to help you. Remember to always choose topics that are related to your school curriculum. Also, if you feel you’re running out of ideas, consult previous academic work. With these, you’re right on track to writing a good senior thesis. 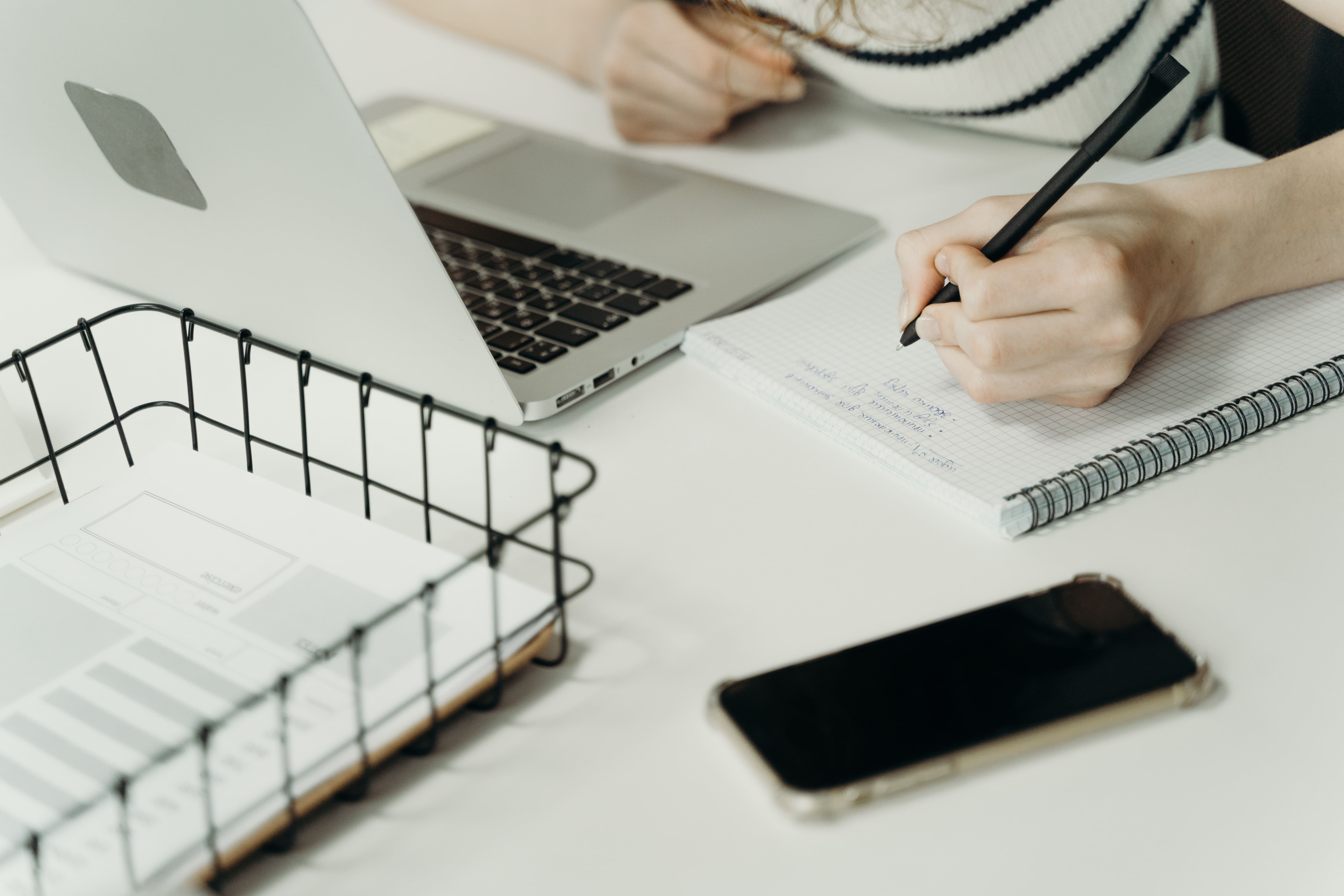